2017 was the worst year of my life because my mom, who inspired my passion for film & theater, died. But a great deal of solace for my grief came from the stellar year of cinema.

Three Billboards Outside Ebbing, Missouri
I, Tonya
The Meyerowitz Stories (New & Selected)
The Big Sick
Call Me by Your Name
The Greatest Showman
Battle of the Sexes
Patti Cake$
Dean
The Insult Three Billboards is a masterpiece and the Best Picture of 2017. It’s a story about a woman unabashedly demanding justice from the local powers that be. The impact of this film comes from the unapologetic style of writer/director Martin McDonagh, and literally every actor in the cast in addition to the three leads is at the top of their game. Frances McDormand’s performance is simultaneously fierce and restrained and I dare you to take your eyes off her when she is on screen. She is one of the greats and I love that she doesn’t play the Awards Season game (or any other game for that matter) and still wins. She allows her work to stand on its own and gets rewarded for it. Which begs the question – why are there award campaigns at all?

And Sam Rockwell – what can I say? I have loved him since he exploded off the screen in The Green Mile nearly 20 years ago. His performance is insanely complex and to be really honest – it’s just his time.

I, Tonya is miraculous because I can honestly say I’ve never seen anything like it. Everything about it is great - cinematography, tone, pace, editing, music and all of the performances. It’s the inimitable vision of director Craig Gillespie who accomplished so very much on a tiny budget. Gillespie created a roller coaster ride of a film that is genre-less. It doesn’t fit into a category because it has elements of all of them. Comedy, drama, love story, cautionary tale, breaking the fourth wall, documentary, mockumentary, etc. I, Tonya has unfortunately not received the credit it deserves apparently because the real-life Tonya Harding media circus in the 90’s has kept people away. What a shame. I believe it should have nominations for Best Picture, Best Director and Best Screenplay by Steven Rogers. If nothing else, Allison Janney has collected hardware all season and will have an Oscar soon and Margot Robbie has proven that she is a veritable triple threat by training as a figure skater, starring and producing.

When I saw The Meyerowitz Stories back in October I thought for sure it would be showered with awards – for writer/director Noah Baumbach as well as Adam Sandler, Dustin Hoffman & Ben Stiller. The movie received a standing ovation at Cannes and is the best and arguably most authentic role Sandler has ever played. But something went askew with Netflix and it has been entirely overlooked. It is a crime because aside from Three Billboards and I,Tonya I still think Meyerowitz is one of the finest movies of the year.

Actors who worked their asses off in 2017:
Michael Stuhlbarg – in Call Me by Your Name, The Shape of Water & The Post. What a truly talented character actor. He first amazed me in Trumbo as a desperate, turncoat Edward G. Robinson post McCarthy hearings, and now I am thrilled to see him even in the smallest of roles. Thank you Casting people for giving this actor a ton of work.
Woody Harrelson – in The Glass Castle, an abysmal movie but he is sensationally delusional in it. Then starring LBJ which I didn’t see because of its brief & limited distribution. And then nailing a nomination with his utterly human performance in Three Billboards.
Zendaya – in Spiderman: Homecoming & The Greatest Showman. She’s like Jennifer Lopez but with talent!
Lucas Hedges – in Ladybird & Three Billboards – two totally different parts and he held his own in a car with Dame Frances McDormand. You go baby! 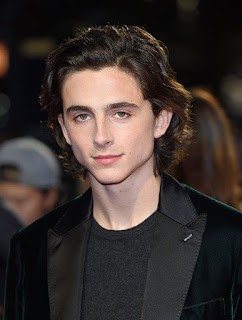 Timothee Chalamet – in Ladybird as a brooding anti-establishment teenager and in Call Me By Your Name as a sophisticated wunderkind falling in love for the first time. And I have to brag that he went to my high school... It’s remarkable that he is the 2nd youngest nominee ever for Best Actor in a category with heavy hitters like Denzel Washington, Daniel Day Lewis and Gary Oldman. Sorry though Tim – it’s Gary’s turn this year (finally!!!).

A few notes on overly hyped movies:
Ladybird is not on my list because I think it’s a nice little first coming of age indie and that is all. Its greatness has been severely blown out of proportion and I think it’s all because of producer Scott Rudin. Period. If Greta Gerwig wins Best Director, I will have lost all faith in humanity.
I HATED Phantom Thread and don’t understand all its acclaim and the reverence for Paul Thomas Anderson. What is the point of this movie exactly? Why does anyone want to see a psychotic love story? I only saw this film because of Daniel Day Lewis and even he didn’t make it worth the suffering. I am now officially done with PTA’s films.

Now let me end on an upbeat note:
Unlike Ladybird, Patti Cake$ and Dean were distinctive first indie features. Patti Cake$ was nominated for Best First Feature at the Independent Spirit Awards but I don’t understand how they overlooked Danielle MacDonald’s star making turn as Lead Actress. Dean is as unique as writer/director Demetri Martin's stand up comedy, integrating drawings to tell a bittersweet story of grief and ultimately, growth.

Battle of the Sexes was simply a good solid movie that told a very important story in the history of women's rights. Billie Jean King was a revolutionary at a time when women could not get a credit card without their husbands and both Emma Stone & Steve Carell are on point. I'm also a huge admirer of directors Jonathan Dayton & Valerie Faris.

I was thrilled to have access to more foreign films in 2017 than in the past 10 or 15 years. The Midwife, Truman & Happy End were notable and The Insult is incredibly compelling and socially relevant and my pick for Best Foreign Film. Also, director Sebastian Lelio made history by casting the first transgender actress ever (Daniela Vega) in Chile in the heart breaking A Fantastic Woman. Progress! 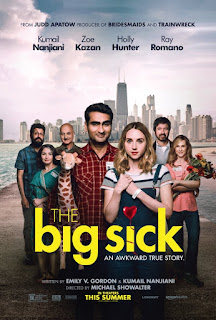 The Big Sick was definitely the most satisfying experience I had in a movie theater last year. It is so damn good that it reinvented the genre of romantic comedy. I wish it was nominated for Best Picture – and I am thrilled to see Holly Hunter back in action, (and the casting of Hunter & Ray Romano is casting genius!) but I wish Holly was nominated for a Best Supporting Actress Oscar.

I would also have liked to see The Greatest Showman up for Best Picture. It's another notch on the great Hugh Jackman's belt where he put everything he has into the role. All of the movie's acclaim is for the song “This is Me” but it is a gorgeous modern musical, like La La Land. The good news is - we're making musicals again.

In general I’d like to see more comedies and musicals in the Oscar Best Picture category. 2017 had a lot of female centered films and films about people of color. Who knows? Things may be even more diverse and empowering next year in our new #timesup world.

Posted by Antonia Russo at 9:11 AM No comments: