Now that Memorial Day has come and gone, we can officially talk about the summer.  In the past, summer has been strictly about Hollywood blockbusters.  For this reason there have been entire summers in recent years when I didn’t go to the movies at all.  But the tide has turned and I am very excited for this summer of film which includes A LOT of great indies starring A LOT of great women.

I have already seen the very poignant 5 Flights Up starring Diane Keaton and Morgan Freeman.  It is far from the greatest movie ever made, but for me it’s all about the love of Keaton.  I am the type of devoted cinephile who will watch anything that an icon like Diane Keaton does, especially at this point in her career.  Seeing her on film in anything is a treat because she is one of the most unique talents we have ever had.  Even in an inferior movie (like last summer’s And So It Goes) Keaton is captivating. And did I mention Morgan Freeman’s in it too?

Winner of the Grand Jury Prize and the Audience Award at the 2015 Sundance Film Festival Me & Earl and the Dying Girl is one of the most funny, sincere and inventive films I’ve seen in years.  All 3 young leads give breakout performances, enhanced by brilliantly quirky turns by stalwart veterans like Nick Offerman, Jon Bernthal and Molly Shannon.
And here is the LONG list of what I will be seeing this summer, with release dates in NY & LA:

The D Train (May 8) This movie came and went in theaters(!) but I intend to track it down because 1 - Jack Black is back! and 2 - I do not understand why James Marsden is not an ginormous movie star already.

I’ll See You in My Dreams (May 15) It is about time to see the glorious Blythe Danner in a starring role!  I hope she continues to get showered with acclaim and win a bunch of awards.

Aloha (TODAY!) Cameron Crowe has made his first movie in years and I cannot wait because I think there is much more to it than the trailers suggest... 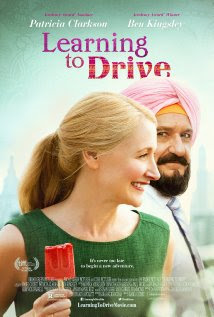 Manglehorn (June 19) Al Pacino is making indies these days and I am in! I loved the affecting Danny Collins and admire him for doing interesting smaller projects when he could be sitting on a beach somewhere. This film also brings the phenomenal Holly Hunter back to the big screen, for which I am incredibly grateful.

Irrational Man (July 17) A new Woody Allen film is the highlight of every summer for me and I am intrigued to see what two idiosyncratic talents like Woody & Joaquin Phoenix have done together.  I have never been a big fan of Joaquin's but this film may change my tune about him.

Learning to Drive (August 24) This is the film that inspired this entire blogpost.  Patricia Clarkson is one of the greatest character & supporting actors ever and she is actually starring in a movie this time, opposite the always astonishing Sir Ben Kingsley.

Paper Towns (July 24) After last summer's wonderful The Fault in Our Stars (and my favorite film of 2014!) I am eager to see the lighter side of writer (and now executive producer) John Green with his new muse, the irrepressible Nat Wolff.

And yes - I have to admit that there are a few non-indies (which interestingly star mostly men) that I am looking forward to as well:

Entourage (June 3) I am not expecting greatness, but I am from Queens and I love the boys!  This movie is probably the equivalent of a guilty pleasure beach read. 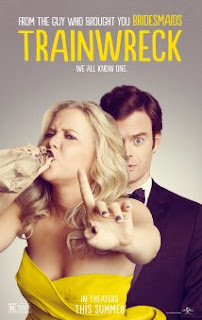 Ted 2 (June 26) I laughed my face off watching Ted so if this sequel is even half as funny, I will be satisfied.

Magic Mike XXL (July 1) I am a red-blooded heterosexual woman. Enough said.
And last but definitely not least...


Trainwreck (July 17) Amy Schumer is one of the most distinctive & groundbreaking talents around right now and the combination of her & Judd Apatow is a match made in film comedy heaven. I predict that Schumer will be a household name by the end of the summer...


Posted by Antonia Russo at 3:14 PM No comments: