Everyone has been asking me for my take on the Oscars and although I wasn’t planning to blog post-Oscar, I decided I would give the people what they want.  I don’t have a lot to say because astonishingly everyone and everything I wanted to win actually won.  This by the way has never happened before - ever. 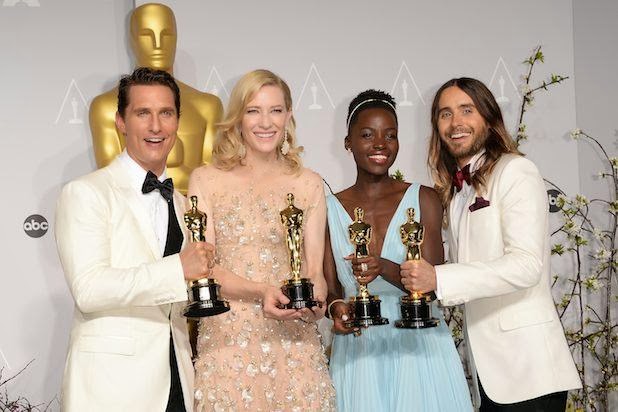 It is quite amazing that all four acting awards and Best Picture went to independent films.  That is definitely an optimistic statement for the present and near future of film making.  There is a contingent of the industry that is still dominated by big budget studio blockbusters with little artistic substance.  However – there’s a current wave of smaller films made possible by wealthy and powerful individuals who believe in the projects and the filmmakers.  In 2013, these people included Brad Pitt (12 Years a Slave), Megan Ellison (Her & American Hustle) and visionary producers like Cassian Elwes, who took a risk on a project like Dallas Buyers Club after it had been passed on dozens of times.

Also - I find it wonderfully ironic that Matthew McConaughey received the highest honor in the industry for probably the smallest paycheck of his career.  Dallas Buyers Club was made for 5 million dollars so nobody made a lot of money up front.  But its critical success and 3 Oscars will help it earn a lot more in DVD sales and beyond.

I am glad that the days of one movie sweeping the Oscars seem to be behind us.  Now it’s about the work and spreading the wealth – and that’s a very good thing.