I love Woody Allen. To me, he is an unparalleled genius. I’ve been a fan of his films for years and I have always felt connected to him. He & I share a birthday, he is a year younger than my mother and he grew up in Brooklyn like my parents. In the past few years I’ve studied Woody’s life & process. What fascinates me most is his work ethic. He has literally been employed continuously since he was 16 years old. No other filmmaker in history has made a film per year for over 40 years. I literally don’t know how he does it, especially at age 77 ½.

Yesterday, I witnessed firsthand how people still show up for Woody in New York City. His new film Blue Jasmine opened Friday and there were sold out shows and crowds outside of theaters on the East Side and as usual on the Upper West Side at Lincoln Plaza Cinemas, where I go every year to see the new Woody. I spoke to one man who said simply, “It’s a New York thing.”  I think it is much more than that. 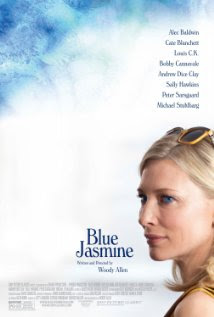 Woody Allen is considered a comedy legend by many but what few know is that he is actually much more interested in drama.  When Woody talks about his favorite films, he doesn’t mention Billy Wilder, but Ingmar Bergman and Akira Kurosawa. And he’s not very sentimental. He said he has never been able to get through Casablanca because it is boring. This is fascinating through the lens of image. For years, the public demanded him to be funny and criticized him when he first tried drama in Interiors. Years later, one of his most successful films (and his personal favorite) is MatchPoint which is in no way funny. In Blue Jasmine he masterfully blends comedy & drama, showing how they are not that far apart. The reviews are great and I hope that Cate Blanchett grabs a bunch of awards for her brilliance.

I think sometimes about how long Woody will keep doing what he does every year. Woody’s parents lived until 96 and 100 so he’s got great genes. I voraciously look forward to another 20 years of Woody’s work – funny or not. For everything you always wanted to know about Woody, I highly recommend two books by his longtime biographer Eric Lax: Conversations with Woody Allen: His Films, the Movies & Moviemaking and Woody Allen: A Biography.
Posted by Antonia Russo at 7:49 PM 4 comments: