Zach Braff has gotten a lot of publicity this week – both positive & negative.  He’s been criticized about his crowdfunding campaign but he’s also raised $2.5 million on Kickstarter for his new film Wish I Was Here.  Personally I am torn about Braff’s fundraising success.  In his Kickstarter video, Braff says he didn’t want private “money people” to have final cut or dictate casting choices.  This is a very good argument.  Woody Allen built an entire career based upon this after a horrible experience making What’s New Pussycat.  But there are a lot of indie filmmakers (Ed Burns, Noah Baumbach, Mark & Jay Duplass, etc.) who have commercial success and Hollywood connections (like Braff) and also make indie after indie without selling their souls.  But it also doesn’t say anywhere on Kickstarter’s website that one has to be starving artist to apply. 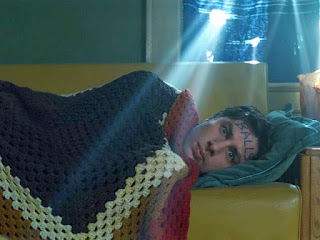 It’s easy to criticize famous people – because they’re out there – visible.  I heard one criticism on TV (I think it was SNL?!) - “Hey Zach – here’s an idea - how about using some of that Scrubs money?”  But in his very funny, very persuasive video, Braff is very convincing about involving all backers in the process and also confirms that he is in fact contributing an “ass-ton” of his own money.  It’s an interesting process – based on how much you donate, there are benefits promised, from t-shirts to invitations to screenings.  And apparently backers receive a lot of updates during the process as well.  It sounds cool.  I’m actually thinking of kicking in (pun intended) $10 just to get emails from Zach Braff.  He’s a funny guy.

I think the idea of crowdfunding in general is creatively brilliant & just plain inspired.  People need money for something and they ask THE WORLD for help.  Love it.  Recently, actress Karen Black raised over $45,000 on Gofundme after she spent all of her money from making movies with Jack Nicholson trying to cure her cancer.  Essentially, the world can help save her life.  That’s damn cool.  Is making movies anywhere near as important as saving a life?  Maybe.  I personally can’t imagine my life if no one ever made another independent film.

The world is changing very rapidly.  We live most of our lives online.  The economy sucks.  A lot of things are harder than they used to be.  Even Woody Allen left New York to make movies for a while because it was easier to get funding in Europe.  Zach Braff is very social media savvy.  Maybe this is the only way that he can conceive of doing this project.  Maybe he just doesn’t want to be alone.  Maybe Braff’s a trailblazer and this is the way of things to come.  All I can say is that Garden State is one of the most unique films I’ve ever seen and I’d like to see what else he has to offer.

Let's continue a dialogue about this.  What do you think?